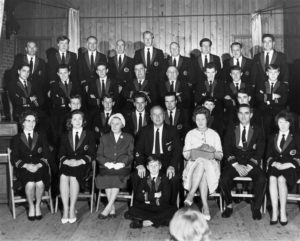 1963 – Photographed at St Birinus Hall. The uniforms were new and I guess this was the proud picture that all bands have done when they get a new uniform.