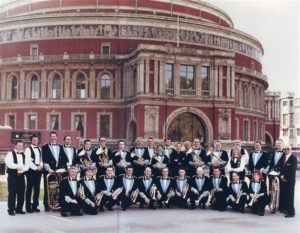 This is the band pictured just after playing number 2 at the National Brass Band Championship Finals of Great Britain. The test piece was Masquarade by Philip Whilby – thought by many to be one of the hardest test pieces ever written. The band gave a good account of themselves but finished 18th of 21.