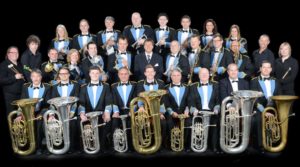 26 April 2014 – First year back in the Grand Shield playing On Alderley Edge by Peter Graham conducted by Nicholas Childs. The band were placed 10th out of 19 bands.