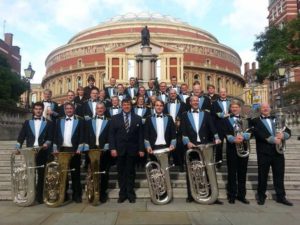 12 October 2013 – The band achieved its highest ever result at the National Finals at the Royal Albert Hall, coming 6th under Nicholas Childs. The test piece was Of Distant Memories by Edward Gregson.